Experience and Scholarship
Born in Montreal and passionate about architecture, colors, shapes, Jean-Sébastien began his hairdressing training at Nicole Bisson’s, where he graduated in 2003 and was later hired to teach haircut and coloring. His works completes him through the full range of possibilities and creative challenges it offers him, and his customers often tend to leave him carte blanche, as they have complete trust in his talent and intuition.

Bold-natured, he is involved in a multitude of special events such as shows, competitions, photo shoots for magazines and complementary training in haircut and coloring at L’Oreal and the Saco Academy, where he is hired twice. In 2006, he is nominated in the top 5 at L’Oréal Québec. In 2012, he participates in several editorial shoots for various magazines and is in the top 20 Pan-Canadian in coloring.

Owner of the O Salon since 2012
In the fall of 2012, he becomes the owner of O Salon and since then, he rallies the team in a creative way and pushes everyone to develop their skills and get involved in various projects. He is both ambitious and a dreamer, which encourages him to seize every opportunity to carve himself a well-deserved place in the industry and within his team. Thus, he recently joined the team of Revlon Professional as a stage artist, which allows him to participate in several trainings and special events, both in America and Europe.

Zodiac sign: Cancer
Coffee or tea: According to the morning
Favorite music: Oldies
Disney or Warner: I don’t like animated films
Favorite color: Green
Elvis or Beatles: Beatles
The first thing you think of when you wake up: A shower
Favorite sport: Longboard
Favorite location: Large green space
Favorite quote: Compliance is the death of the soul 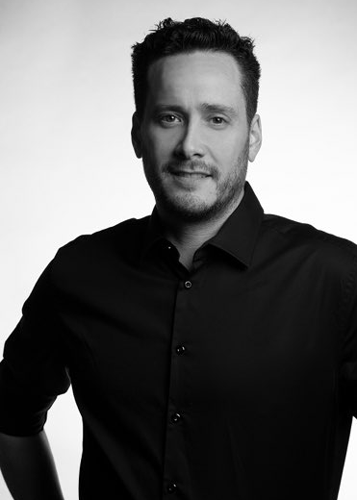